We’ve put some small files called cookies on your device to make our site work.

We’d also like to use analytics cookies. These send information about how our site is used to a service called Google Analytics. We use this information to improve our site.

Let us know if this is OK. We’ll use a cookie to save your choice. You can read more about our cookies before you choose.

Help the NHS with research into early cancer detection

Book your next appointment

Your second appointment for the NHS-Galleri trial will take place around 12 months after your first appointment. If you have received a reminder letter you can book now.

A new way to screen for cancer 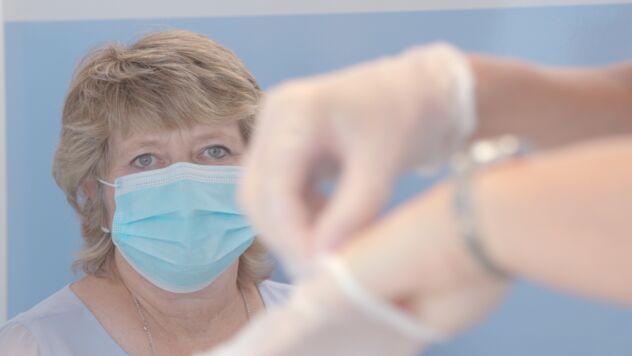 Every day in the UK, more than a thousand people are diagnosed with cancer.

Now the good news is that survival is at an all-time high but there’s clearly a lot more that we could do.

And what’s become increasingly clear over the last decade or so is that if we’re really going to make progress and if we’re really going to drive down the numbers of people that die from cancer we need to find ways to pick it up at an early stage, we need to find it before it’s caused symptoms because for the great majority of cancers, that’s what’s going to make the difference to peoples’ chances of survival.

The NHS trial is a trial of a new test and we want to find out whether using that test as part of an NHS screening program could prevent people from dying from cancer by finding the cancers earlier.

The Galleri® test looks for distinct markers in our blood that can tell us whether or not we’re likely to have cancer.

And those markers can enable us to determine not just whether we might have cancer but also what type of cancer it might be and so what the trial is trying to do is now to determine whether this can really make a difference across the whole of the NHS in helping us to detect people with cancer earlier.

If you’re aged 50 to 77 and the study is coming to a place near you you’ll get a letter and then it’s very easy – you can phone up or you can go on the internet to respond to say, ​‘yes, I’d like to take part.’

It’s purely voluntary but they will be helping, possibly themselves and, more likely, the next generation.

This is a really ambitious study.

It’s a 140,000 person randomised control trial across England, across eight alliance units but we need these kind of numbers in order to be able to assess the effectiveness of this test in the UK screening population, so that is to say, people without symptoms.

The majority of the units are probably going to be in supermarket car parks so that our participants have easy access to them.

The volunteer will come onto the unit, they’ll be greeted by one of our research nurses, they’ll be checked for eligibility for the study.

We’ll then go through to watching a short video which will explain everything about the study and what they’re signing up for.

So we know from this blood test that a small proportion of people will have a positive signal detected.

Those people will be referred by the Galleri service through to a two-week wait referral, an urgent cancer referral into their local hospital.

We, as a Cancer Alliance, will make sure that those hospitals are informed that these referrals are happening.

We’ll be making sure that they’ve got the right set-up to do the right investigations and we’ll make sure their general practitioner is involved and is kept up to speed with what’s happened to that patient at all times.

It’s really important that we recruit people, recruit volunteers, from a very diverse range of backgrounds.

And the reason that’s so important is so that we can be confident that the results we get are applicable to the whole population.

The potential for this study is immense for the NHS.

Getting people with early-stage cancer, whether they have symptoms or not is very important.

At that stage, we can generally cure them of their cancer and that makes a huge difference to their lives going forward, and their families and everybody involved with them.

Everyone knows someone who’s had cancer or is currently being treated for cancer and to be part of the forefront of cancer research and being able to make a difference and, ultimately, save lives is something that I think a lot of people want to be part of.

In many ways, this is the culmination of decades of work, so, to be here, launching a trial of 140,000 people of this exciting new innovation feels very special indeed.

This could be really important and, indeed, it could be transformational for early cancer diagnosis in the UK.

The NHS has set itself the ambition of diagnosing three-quarters of people with cancer at an early stage, when it’s amenable to curative treatment.

So what we’d really like is a test that can pick them up at an early stage when they’re most likely to be curable.

That sort of thing can be a real game-changer.